Chocolate, one of the most popular flavors in the world, is made from the seeds of a tropical cocoa tree. 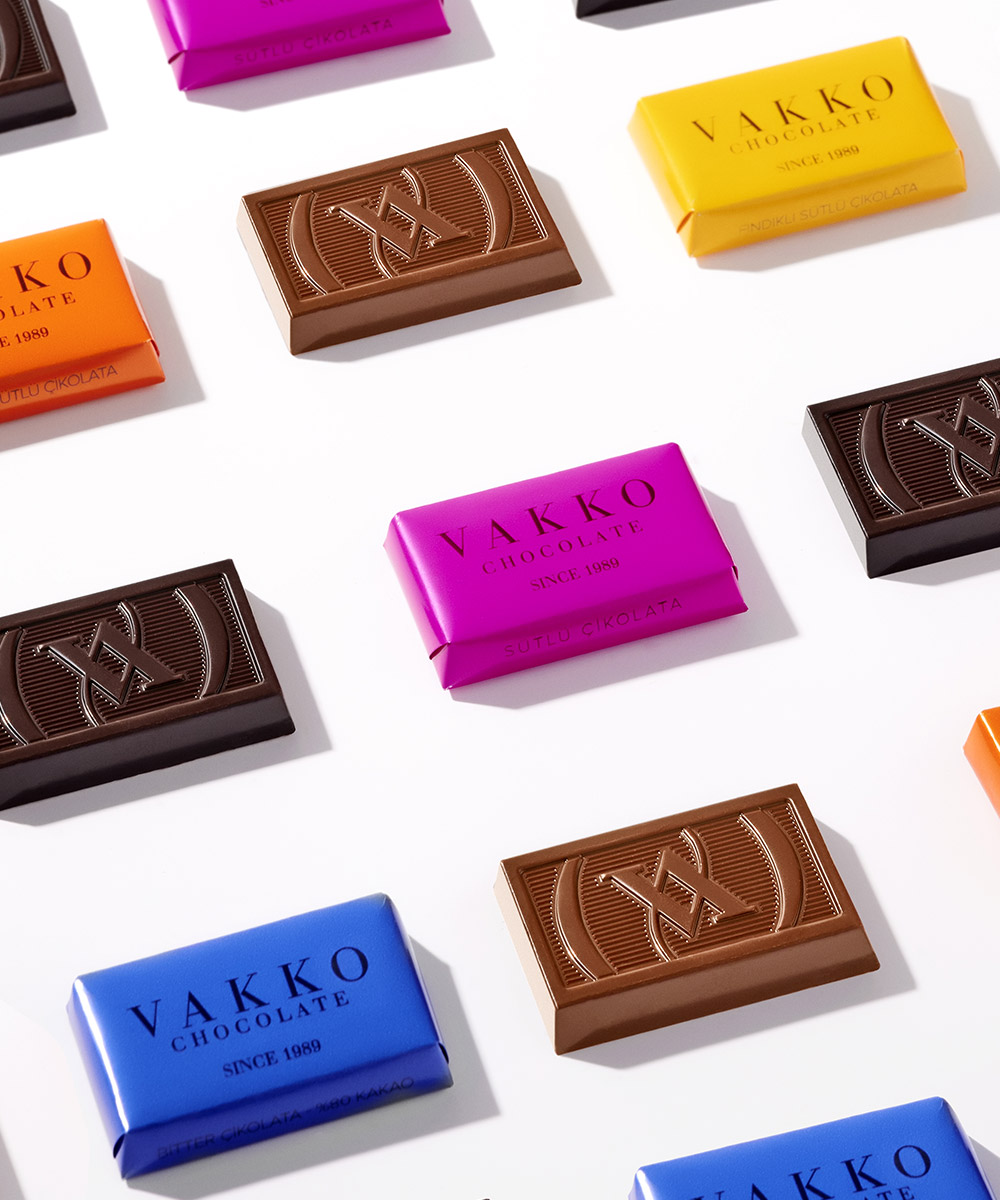 Today, it’s one of people’s favorite nutrients, and when it’s eaten, it’s because of the happiness hormone it creates in humans; chocolate recommended by experts dates back to the 1500s.

In Maya and Aztec civilizations that lived in Central America, cocoa was as valuable as treasure. Cocoa, which used as currency such as gold and silver, was also used in wars. At the time of the Aztecs, chocolate was a bitterly consumed beverage made by mixing cocoa beans with water and was drinking cold.

In 1509, the famous Spanish explorer Hernando Cortes recognized the importance of this product and took it to Spain. The Spainards began adding vanilla and sugar to cocoa to relieve the bitterness of this drink and make it more tasteful. Cocoa thus began to be used in Spain. The Palace of France described this drink, which has energizing and even aphdodisiac properties, in 1615, the king of Spain, II. Of Phillippe’s daughter Anna, XIII. after she married Louis.

In the following period, chocolate was not allowed out of the palace and the public unfortunately did not recognize this flavor, which was under the monopoly of the palace. But in 1778, a Parisian merchant invented a mixing machine and founded the first Chocolate Factory, this elegant flavour ceased to be a palace monopoly, and chocolate conquered the hearts of all people with its flavour. 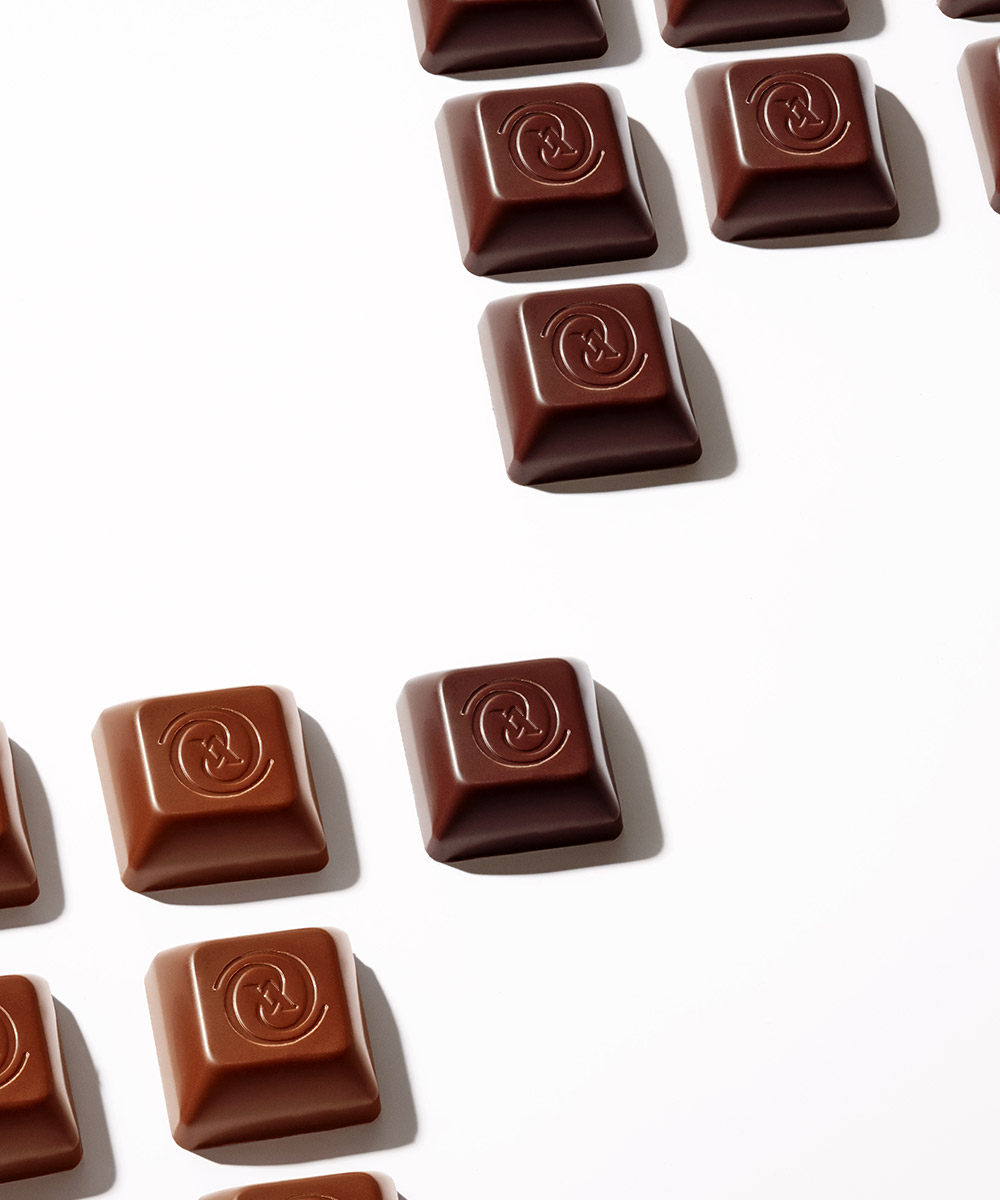 Two different formulas of Vakko Chocolates, milky and bitter, have been prepared by one of the best chocolate companies in Switzerland.

The sample from each chocolate dough prepared by Vakko is sent to Switzerland for approval and only if the swiss approval is approved, the dough is used in chocolate production. 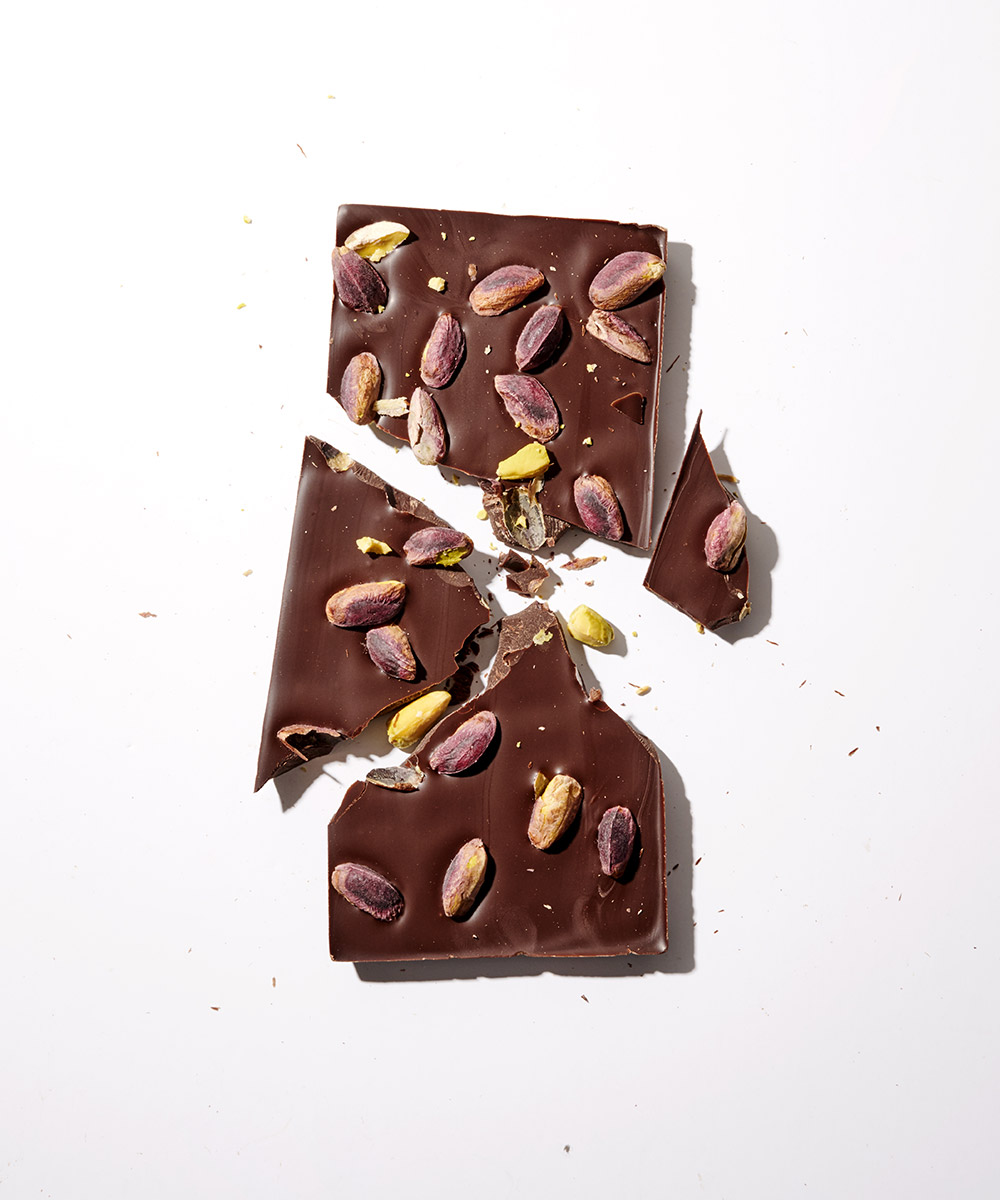 The brand dating back to 1989 and preserving its flavor: Vakko Superfine ...

Each square created from dark and milk chocolate carries traces of Vakko fineness by interpreting it with the Vakko logo. 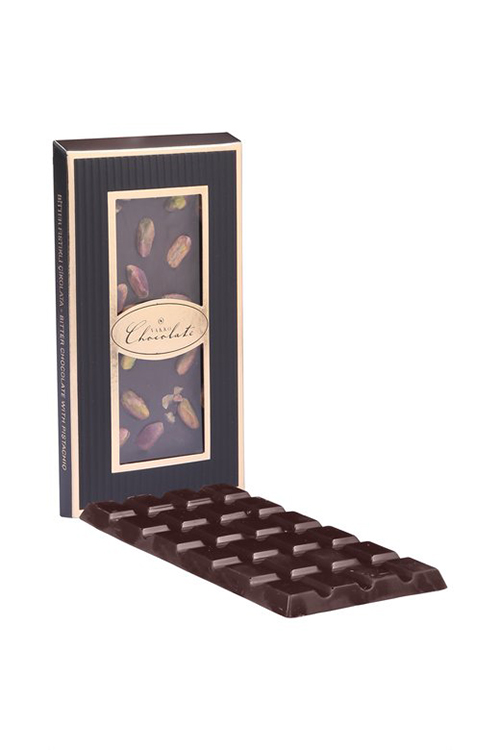 Vakko Tablets series is produced for chocolate lovers who love Vakko Superfine flavor and want to taste more intensely. This flavor, which can be eaten both granular and crushed, is produced in different weights such as 100 gr, 125 gr, 290 gr and 300 gr. 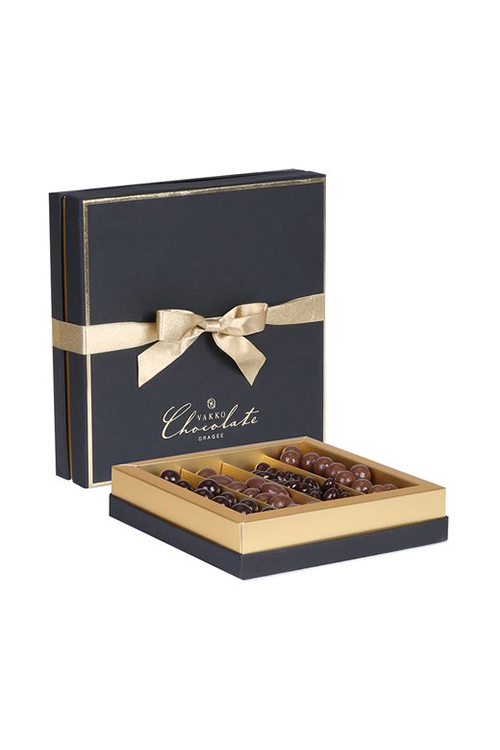 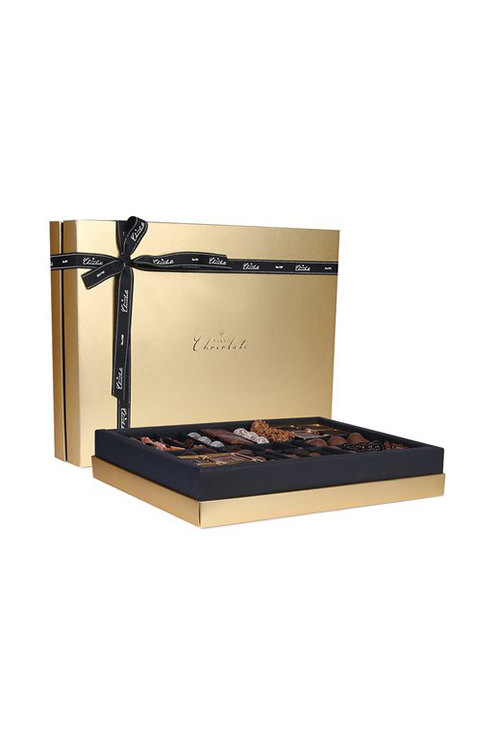 The most special flavors of Vakko Chocolate combine for an insatiable chocolate pleasure.

A large and rich chocolate box covering all varieties of Vakko Chocolate, Vakko Chocolate Concept offers a wide alternative to the friends who cannot choose. 820g 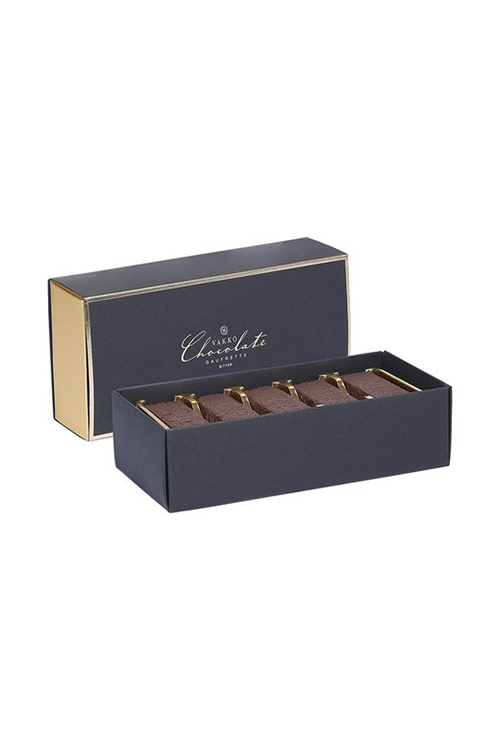 A delicious taste consisting of coating of dense hazelnut puree with Vakko Chocolate between four layers of wafers. Vakko Gaufrette consists of 3 packages with 5 wafers in each package. Having left its mark on the palate, Vakko Gaufrette invites chocolate lovers to a completely different taste journey with its varieties consisting of dark and milk chocolate.

It is designed for those who want to experience the elegance, elegance and Vakko Chocolate together.

A traditional taste consisting of a double roasted Turkish delight with pistachio and Vakko Chocolate. 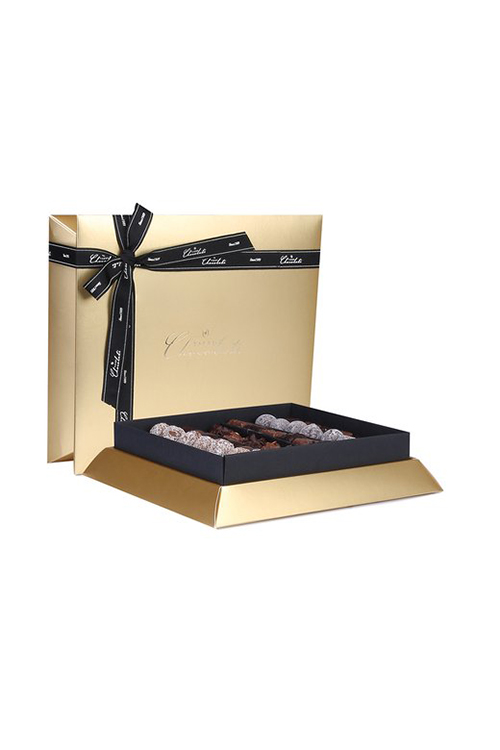 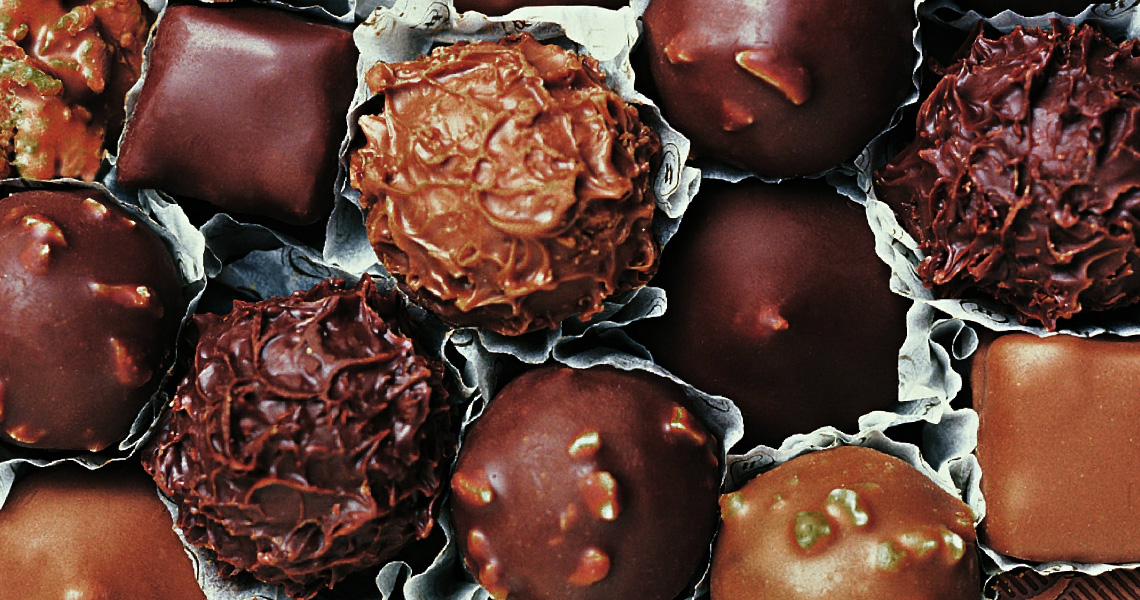 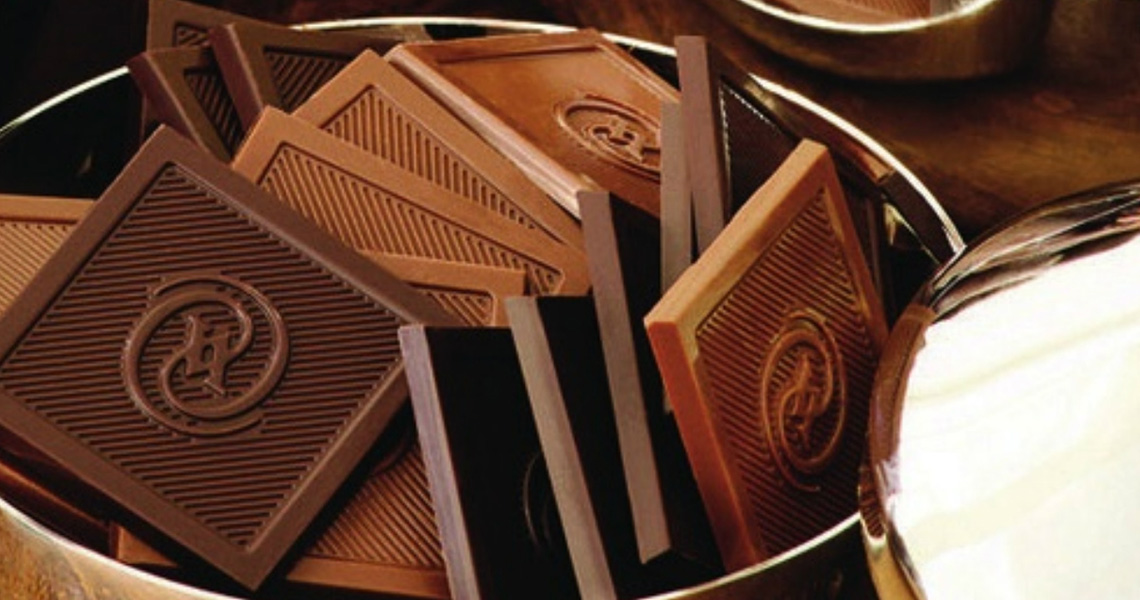